Signs and Symptoms of Conduct Disorder 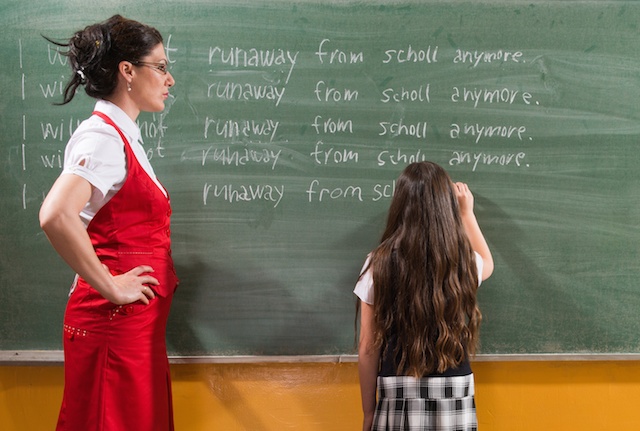 Children with conduct disorder are often difficult to diagnose because the disorder's signs and symptoms may look similar to those of other conditions, such as ADHD and oppositional defiance disorder.

Doctors group the symptoms of conduct disorder into four categories:

Drug and alcohol abuse, sexual activity and low self-esteem are also common signs of conduct disorder that should concern parents.

A child whose behavior consistently falls into these categories may have conduct disorder. It's important to have them properly diagnosed by a professional.

Since any child may show the symptoms and signs of conduct disorder at some point in their young lives, adults need to understand that acting out does not necessarily mean a child has the disorder.

In order to match the diagnosis for conduct disorder, children must present at least three symptoms within 12 months. A child who gets into one fight at school probably does not have conduct disorder. If that child starts three or more fights within a year, there is a higher chance that he or she may have the disorder.

This persistence is a foundational characteristic of conduct disorder. Every child misbehaves occasionally. Children with conduct disorder misbehave so often that it disturbs their classmates and families.

Does My Child Have Conduct Disorder?

The symptoms of ADHD, oppositional defiant disorder (ODD), and similar conditions often look like the symptoms of conduct disorder. While they look similar, there are some important differences between these conditions.

Children with ADHD and ODD may seem angry or hostile, but they rarely show the cruelty common in children with conduct disorder. For instance, a boy with ADHD may get into occasional fights at school because he feels frustrated and insecure. Most counselors wouldn't diagnosis this as conduct disorder. If the boy engaged in particularly cruel behavior towards another student, though, conduct disorder is more likely.

Most children with behavioral problems do not have conduct disorder. Those who show several symptoms, however, should meet with a professional who can perform a comprehensive assessment.

If your child struggles with difficult behavioral issues or has been diagnosed with a behavioral disorder, we can help. Contact us by completing the form, or give us a call. We're here for you, with a plan that has helped more than 45,000 families like yours.