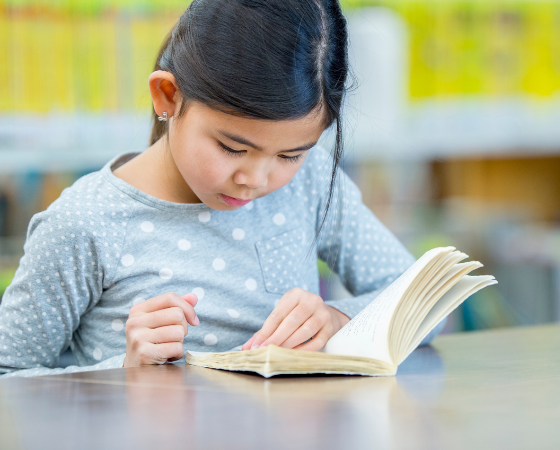 Dyslexia is a learning disorder that causes difficulty reading and writing due to problems identifying speech sounds and relating them to letters and words. According to estimates from the Dyslexia Research Institute, it affects 10 to 15 percent of the U.S. population, and often goes hand in hand with attention deficit hyperactivity disorder (ADHD).

Recognizing the Signs and Symptoms of Dyslexia

Parents and caregivers may not recognize the signs and symptoms of dyslexia in children of pre-kindergarten age, but some early indications may signal a problem. Once children reach school age, their teachers may be the first to detect dyslexia. This is because the condition often becomes apparent as children start learning to read and write.

The symptoms of dyslexia can range in severity and vary between individuals. Compared with their peers, children with dyslexia may experience particular difficulties with:

A child with dyslexia may struggle to identify the sound structure of words. For example, he or she may not understand that if you change the letter "s" in the word “sat” to “p,” the word becomes “pat.” This can cause difficulties with learning the alphabet, pronouncing words, and distinguishing rhyming words.

Verbal memory, the ability to remember verbal information for a short period, is often impaired in children with dyslexia, causing them to exhibit symptoms that are not related to reading or writing. For example, they may be unable to remember and follow basic instructions.

A dyslexic child may perform more slowly on rapid serial naming tasks, which involve naming objects, colors, pictures or symbols aloud as quickly as possible. They may mislabel, make use of substitute words or stumble over names.

Children with dyslexia often have slower visual and auditory processing speeds than children without dyslexia. This means that they may read, write and speak slowly and hesitantly. They may not be able to distinguish between letters and other symbols and may read letters or words in the wrong order. For example, they may read the word “saw” as “was” and vice versa.

What to Do if a Child Exhibits Symptoms of Dyslexia

Children develop at different rates, so it is important to remember that even if your child has one or more dyslexia symptoms, it does not mean that he or she conclusively has the condition. If you spot symptoms in your child which give cause for concern, consult his or her teacher. Children with dyslexia are highly capable, given the right support.

Furthermore, research has shown that children with cognitive, attention, and learning difficulties likely have weaker connectivity across regions of the brain than the rest of the population, according to the latest research. Scientists from the University of Cambridge found that learning difficulties don't correspond to particular regions of a child's brain, as previously thought, and poor connectivity between brain "hubs" is more likely to cause these difficulties.

The good news is, the brain can change in a way that may lead to improvements in these symptoms. The Brain Balance program exercises and activities are uniquely designed to help strengthen and build new connections by using a combination of physical, sensory, and cognitive activities.

These new, efficient, and effective connections in the brain lead to improvements in our ability to complete cognitive tasks and in our executive functioning. In fact, parents saw a 42% improvement, on average, in their child’s ability to learn in school after completing the Brain Balance program.1

Click here to more about the parent reported improvements after completing the Brain Balance Program or take our online assessment quiz!

Enjoy These Related Articles
Study: Can Dyslexia Be Detected Before a Child Learns to Read?
Study: Dyslexia Caused By Brain Connectivity Problems
Signs and Symptoms of Learning Disorders

1 Jackson R, Robertson JM. A Retrospective Review of Parent-Reported Anxiety and Emotional Functioning in Children with Developmental Challenges After Participation in the Brain Balance® Program. J Ment Health Clin Psychol. 2020;4(1): 10-20.
Results based on a parent evaluation form filled out pre and post-program where the parents ranked a set of statements about their child, on a scale from 0-10 (0=not observed/does not apply and 10=frequently observed). Statement: Child has difficulty learning in school – 42% improvement for avg. student (2015-2018, data for 4,069 students where parents reported this issue).