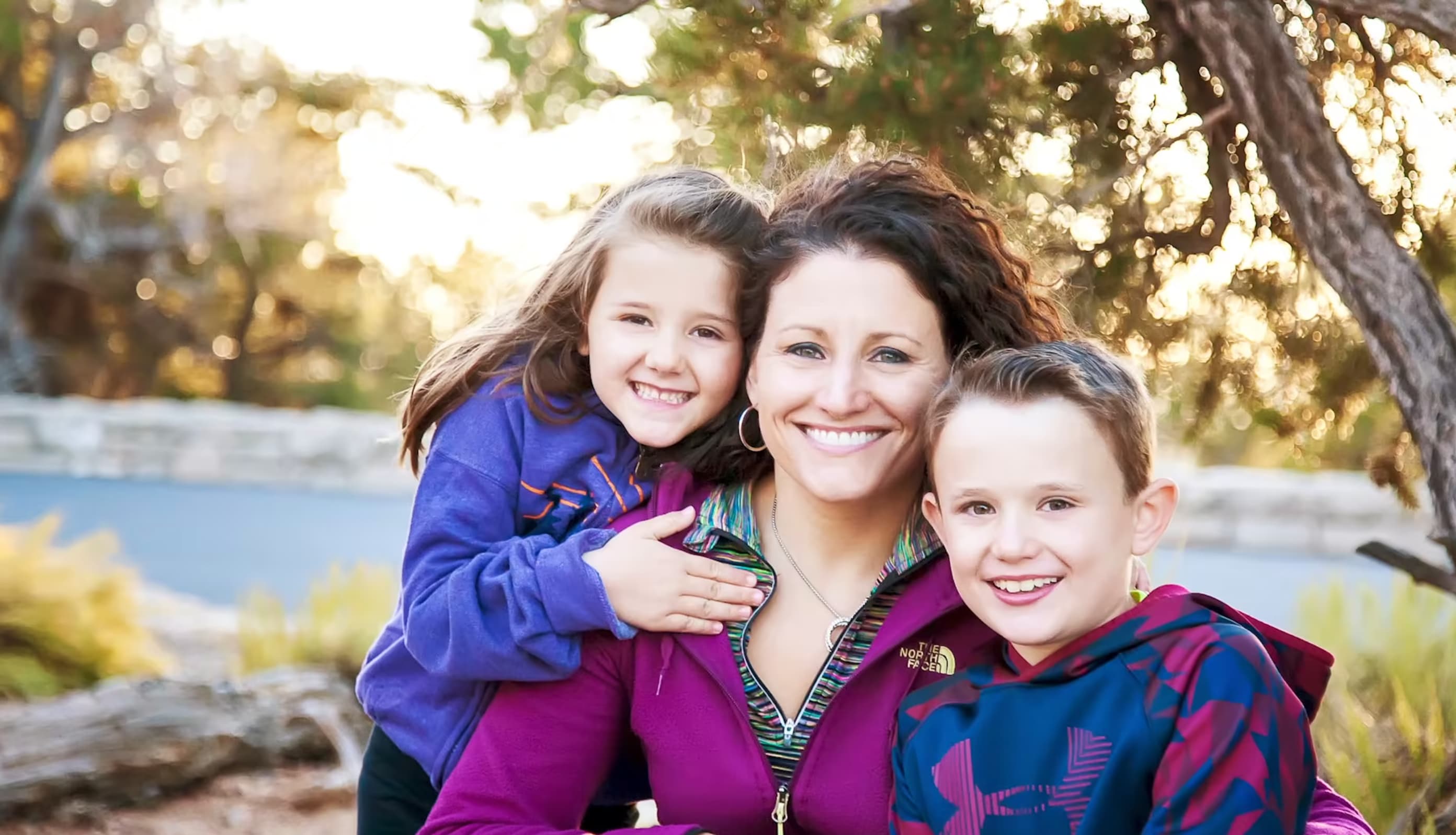 Ask Nicole B. about her 10-year-old son Ryan, and her face immediately lights up.

“Ryan is very funny,” she says. “He’s a very charming little boy. People will say ‘Oh, he should be a politician’ – he’s got that kind of charm and dynamic, which is really quite captivating.”

At times in his early school years, Ryan could also be described as disruptive, frenetic, mischievous, or fidgety. Behavior issues followed him through preschool, kindergarten and came to a head when he was in the second grade. His school began issuing him demerits, and Nicole saw his confidence and self-esteem deteriorating as the negative feedback increased at home and at school. He would cry at night in frustration.

Ryan remembers these days well. “I was losing my self-confidence, I was just really doubting myself a lot,” he said. “It was just pretty bad.” A Beacon of Hope

Nicole brought Ryan to the pediatrician, who told her he would need to be struggling more socially and academically in order to consider medication. Not wanting to wait for things to worsen, Nicole proactively explored other options – including Brain Balance Achievement Centers. The initial assessment at Brain Balance was enlightening and helped them better understand and connect the symptoms he had been experiencing – from being a picky eater to hyperactivity, to issues with some of his motor skills. It all just seemed to fit – including the active nature of the program, which kept him engaged throughout.

“As a parent, you feel helpless when you see your child struggle and you don’t know what to do,” Nicole said. “You go to the doctors and they basically tell you that you have to be almost a train wreck before they start putting you on medications. And I’ve talked to people who were on medications, or have had their child medicated, and it’s a rollercoaster. As they grow, they have to change the doses. Maybe a medication is effective one day and then it changes. Or they put them on a medication and it makes things worse.”

The Brain Balance Program combines physical, sensory, and cognitive activities to change the speed and efficiency of the brain’s communication pathways. Ryan started the program at age 7, and his Brain Balance coaches quickly picked up on his competitive nature and used it to encourage him to beat his own scores and motivate him to improve.

“At first, I wasn't really sure what was going on, I was kind of like, ‘What is this?’” Ryan said. “It's kind of weird why they're making you do all this stuff, but they explain what it's for, and then it gets really fun. I started liking it, and I was really excited to go do it after school.”

The changes came quickly and were noticed by Ryan, his family, and his teachers. He started earning better grades than ever before, making more friends and heeding warnings before they became demerits. He was calmer, more helpful, more focused. He fought less with his sister. After adhering to the Brain Balance nutrition plan, he even started liking vegetables.

“I saw a lot of changes, especially for my food habits,” he said, about starting the Balance 360 food program. “I started liking all of these vegetables that I wouldn't have even tried before, like broccoli and brussels sprouts. At first, I did not want to do it. I was like, ‘No, I don't want to lose any of these foods, no.’ And then once I started doing it, and you got used to it, and you kind of adjusted and everything, it got really good.”

Ryan calls the program ‘life-changing.’ But Brain Balance didn’t just change his life – it improved the lives of his entire family, Nicole says. No longer was she constantly correcting behavior. Ryan was suddenly helpful and made the home environment less stressful.

“Because you’ve grown up with this child, you don’t know them any other way,” she said. “You think, ‘Well, that’s just the way it is. That’s the way parenting is for a young child.’ And then when you see the difference after they go through the program, you realize ‘Well, actually that’s not the way that they are.’ It’s just that they needed a little bit of help in a couple of areas. It really made a world of difference in terms of the environment at home and the stress as a parent.”

For Nicole, the return on investment she saw with Ryan was so great that she decided to proactively enroll her daughter as well, to give her the best possible tools for success.

“Yes, it’s a big-time commitment. It’s a big financial commitment,” she said. “But I would much rather do that early and upfront than pay for either doctor’s visits or therapy or other types of things that are downstream results of not addressing these issues early. And honestly, as a parent, what better thing could I invest in than my own child? There’s nothing more important than making sure my kids are healthy and strong and have the confidence that they need to do the best they can.”

Her advice to other parents? “You don't have to just try the round-robin of medications. You may need that. And it may be a good addition to the program, but start with a more natural approach and see where that takes you, and then go from there. There are other options out there.”

Three years after completing the Brain Balance program, Ryan continues to thrive socially and academically – taking sixth-grade math as a fifth-grader and earning top grades. His favorite subjects are math and history – and he knows exactly where he’s headed in the future, he says. “I want to be an electro-mechanical engineer. I think I got that from my mom because she is also an engineer. I’ve always been really good at Legos and robotics.”

To see what's possible for your family, find a location near you.