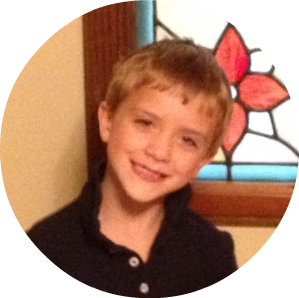 We actually have a social life now. All of the sensory and processing issues have worked themselves out. He enjoys camping. He likes to get out and ride his bike and be part of the family. We play games and he’s not afraid to touch the ground or get dirty.

When we first met after the assessment and laid out the first plan for his plan, I was so hopeful. I know you're not supposed to put all the eggs in one basket, but I was like, this is what I was looking for. I was so excited.

Tanner was born ten weeks premature and because of that, he had some developmental delays and that was identified when he was about three years old. Those developmental delays really hindered him from being in any social situation. They took a real hit on our family life because the answer to everything we did was, well it depends on how Tanner is doing today. It depends on how he’s functioning. Then we just really had to work through all of that. He was happier being isolated and alone rather than being out and joining society. He didn’t have a lot of verbal skills, so he didn’t know how to communicate with kids even as young as three and four. He would resort to, if they were frustrating him, he would resort to hitting or choking or being violent with them. When he started Kindergarten, he knew his alphabet, but yet he didn’t know his alphabet. On a good day when he was really thinking clearly and wasn’t getting distracted, he could whip through it. On a day when he was distracted or humming or his vision, or he was just all over the place, he couldn’t tell you the letters of the alphabet.

We were getting a lot of pressure from our school district to medicate him. After talking with my doctor, we were not comfortable with medication. It drove me to the Internet to think of other alternatives to work with him. I was looking for a solution, not just a, here we can give you coping skills. I was looking for something different and got involved with Brain Balance. 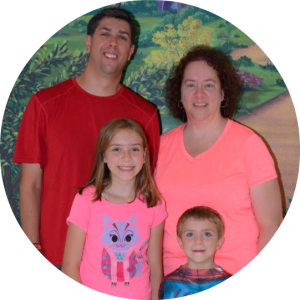 He was a child that if he didn’t like the smell or the look of a food, he didn’t even want it on the table, which caused problems. For example, he didn’t like the smell of broccoli. He didn’t like the look of broccoli. The texture was unappetizing to him. My daughter likes it and she wanted to eat it. She actually had to go into a different room to eat the broccoli because he would throw the biggest tantrum if broccoli was anywhere around him on the table. As we went through the program, we started saying to him, “No the broccoli is way over here. It’s not even touching your plate.” He became more accepting of that food, at least being on the table. Then we got close. Then, not during the first session, but the second session of Brain Balance we went through, he actually was eating it. Now, he loves broccoli. He loves green beans. We made huge progress and we’ve probably tripled the amount of food that he eats in those two sessions of Brain Balance that we went through.

We actually have a social life now. We are no longer restricted to how he’s thinking, how’s he feeling. Our family life has actually been boosted significantly because of these changes and he no longer wants to separate, but he wants to be involved. All of the sensory and processing issues have worked themselves out. He enjoys camping. He likes to get out and ride his bike and be part of the family. We play games and he’s not afraid to touch the ground or get dirty.