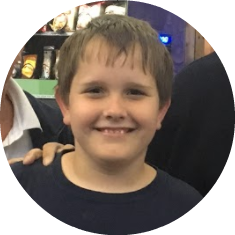 We don’t have the arguments anymore either. He sits down at night, does his homework and we’re done in 20 minutes, which is a huge amount of time back onto our family.

Now I feel confident that he'll be able to do what he needs to do and he'll be successful in middle school.

Academically, he would always be on grade level or just a little bit below, because we worked with him a lot. We were always focused on academics. Socially, he was always better with a smaller group or one on one with kids. Then, in behavior, we always had our ups and downs with arguments and following directions and we had a lot of hiding of food and that would lead to meltdowns and all sorts of fun consequences. We would watch his diet throughout the day, but he always has a need for sugar. We’d find candy wrappers and popsicles and all sorts of sugary items in his bed or under his bed or hidden in backpacks. He was failing everything and I would sit for hours on end fighting over homework. It wasn’t that long of homework. It was just five or six math problems and a reading passage that was like one side with three questions and it would take us two or more hours to do. 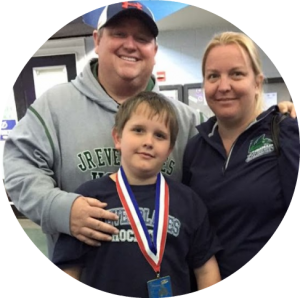 Now after Brain Balance, we don’t have the arguments anymore. He sits down at night, does his homework and we’re done in 20 minutes, which is a huge amount of time back onto our family. We have more time that we get to spend together because we’re not arguing over homework. He would always hold everything in until it would finally explode. He is a competitive sports player, so his coaches would say he’s putting himself out there more and he’s a defenseman on the hockey team and he was always hesitant of being the defense player because, as a defensive player in hockey, your mistakes are noticed. He dreaded being put in that position. This year, they switched him from forward to defense on a game and he never came out to say any reaction, so going through the exercises, he was able to make himself breathe and say, “This is what my coach wants me to do,” and he went out and played a fantastic game.