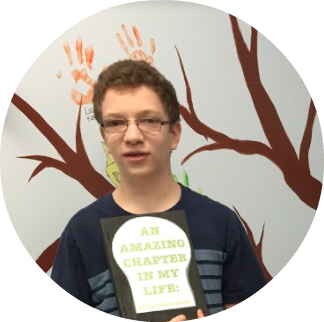 Before Brain Balance, we tried many different therapies, but I knew even as an infant/toddler some red flags that I could tell something just wasn’t right with Matthew. As a baby, he didn’t latch on, he was very sleepy. He’d be scared by loud noises. He had a failure to thrive. A big red flag to me though was when we had a playgroup over with a couple of children about his age, 2 or maybe a couple of months younger and instead of playing with the other children, he decided to go in his room and close the door. I knew that something was not right, and I always thought it was Asperger’s.

Throughout his whole life, he was a very picky eater. He had a lot of sensory issues. His attention and focus were really bad. He struggled with mastery, especially with hours and hours of studying, and still, he would do poorly on the test even though he tried. We know he tried, but it was just always such a struggle for him. Reading was tough for him. The vocabulary was kind of tough for him too. 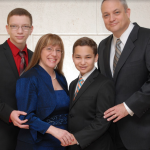 My husband saw the sign Brain Balance and thought, “Maybe this could help Matthew.”

He’s doing amazing now with his comprehension skills and solving word problems, and overall academically he’s doing great. Now he’s in ninth grade, and he’s getting all A’s and B’s. Where he can do his homework by himself or study by himself, and get A’s and B’s now without too much of my help or my husband’s help.

As he went through Brain Balance in his last year of middle school, his teachers can see changes in his eating. He would try new things. He wouldn’t get upset as easily. He wouldn’t have the meltdowns in school. Certain things wouldn’t bother him as much. He would socialize better. overall the best therapeutic experience for Matthew. He’s like a different student, child. Still very bright. He was always a bright young man. He still struggles at times, but he surely has come a long way.

The big thing for us as a family is that he doesn’t have meltdowns like he used to, where something as simple as an upside-down hamburger bun would send him into a meltdown, and ruin his night and our night. He likes food now, so if it’s upside down he’ll correct it. He’ll eat it without crying.

Brain Balance students progress an average of 2.6 levels in 3 months for sensory motor exercises. On average, customers surveyed rated their satisfaction at 8.5 on a 10 point scale. Over 84% of customers said they were very likely or extremely likely to recommend Brain Balance to a friend or family member.