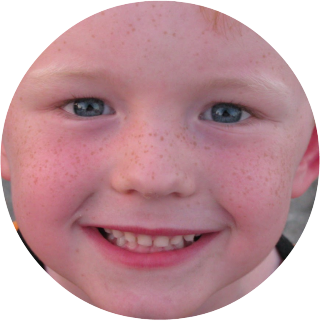 Absolutely I would recommend it. I really would. I know lots of parents that have ADHD kids, kids with dyslexia, kids with high anxiety, bed wetting, all the things that Luke had had. I keep telling them, “Go on the website. Take the little evaluation. Talk to somebody. It may be an option, maybe not. If it’s not, that’s one step closer to finding a solution.

Before Brain Balance, bottom line he was a handful. He was struggling socially, academically, behaviorally. He really was a four-year-old in a big kid’s body. He would have temper tantrums multiple times a day. When I say temper tantrums, I mean real meltdowns. If things didn’t go perfectly, meltdown. If he got a bad grade at school, meltdown. If a child said something that he misconstrued, meltdown. He was very emotional. We had lots of highs and lots of lows and they could switch within minutes. Trying to get him through just an average day was a real chore. He was a happy child but just couldn’t handle the day to day things that life was bringing to him as a seven-year-old.

I spoke to a former parent from a child that had been enrolled in the program. That’s really how I connected. She asked me to explain Luke as a person and when I got done she said, “You just described my daughter before she went to Brain Balance.” I said, “Okay,” I said, “You describe your daughter now after Brian Balance.” She did. It was brilliant.

I remember going into Brain Balance and we’d only been going a couple of weeks so we were still getting to grips with schedule, exercises. I remember talking to Rhonda at Brain Balance and just freaking out and saying, “They’re setting him up for failure. He’s this far behind, I just don’t understand.” That’s when she just said, “Let’s see what we can do.” It was really sort of opening up and just trusting in Brain Balance and thinking, “Oh my gosh, what am I doing? This could be detrimental.” She was very calming. She said, “Don’t expect huge miracles but you’re going to see little miracles and they’re going to start adding up.”

I would say I started noticing a change with him probably at weeks three and four. He became a hugger. He’d never been a hugger. I’m like, “Oh my gosh, he’s a hugger,” because I’m a hugger. It wouldn’t be a two/three-second thing, it would be like a ten-second hug. He’s doing much better academically. He was looking at some evaluations and it was above average. Usually, in the morning he would do a little bit of tablet time, like thirty minutes of tablet time on PBS kids. I thought, “Oh that’s never going to go away.” Now, he gets up, he helps pack his lunch, he helps me with the dog. Yesterday he made me a cup of tea and put coffee creamer in it. I’m like, “Mmm, this is great.”

Absolutely I would recommend it. I really would. I know lots of parents that have ADHD kids, kids with dyslexia, kids with high anxiety, bed wetting, all the things that Luke had had. I keep telling them, “Go on the website. Take the little evaluation. Talk to somebody. It may be an option, maybe not. If it’s not, that’s one step closer to finding a solution.”