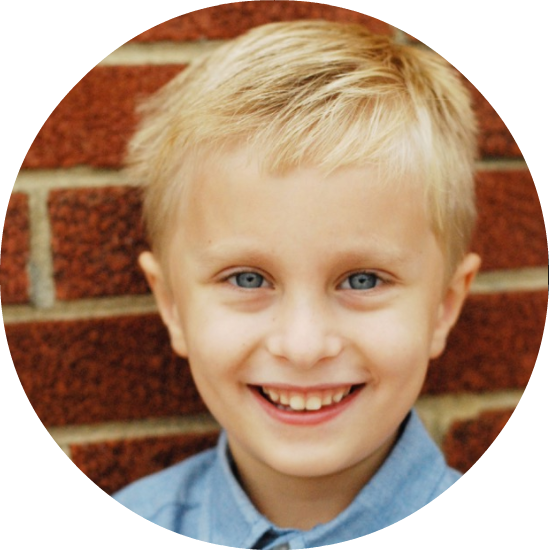 I don’t know what the end is going to be like because I haven’t gotten there yet. All I know that what we’ve done so far in Brain Balance has been worth every single penny and we are only two months in.

Yes, it has been a miracle. There is not one day that goes by that I don’t thank God for it. Not one day.

Lincoln from three years old I thought he was going to grow out of his terrible twos, terrible threes then it became terrible fours, terrible fives, terrible sixes. That sounds terrible to say that your son is terrible. I love him so much but it was a nightmare and it only got worse. Basically he was just so impulsive that every day he would beat up his older brother who’s three years older than him. He would literally hurt him every single day. He would just have these meltdowns that we couldn’t stop. At first, we just thought it was behavioral and we would just try to deal with it accordingly and so we would discipline him more.

You want to like him. He’s a very likable kid but then he would always ruin his relationships by how he treated people and especially in our family. The worst of it though is we saw it at home. He was actually on his best behavior at school thankfully but at home, it was like he would come home from school and it was like unleashing the Kraken. His anxiety was so high at school that he was trying to keep it together and then he came home and it was a safe place and he just lost it. I started noticing things about his meltdowns that it wasn’t these behavioral things. It wasn’t because, “Oh I want a cookie, or I want.” It was because the smell of eggs or the music was too loud or he was worried about something and I didn’t know what it was or you touched him with wet hands and he flipped out.

It really shook up our whole family to have this all the time. It has been a nightmare. I crave peace, I need peace in my life. I’m not good at fighting all the time. The violence just increased. It got so bad that I’m like, “Okay we have got to do something.” We can’t live like this because he was starting to scare me with his younger brother who now is three years old but then was like two. I was like, “I’m worried about my kid’s safety.” I felt like a cop at all times. I could not go to the bathroom without him hurting somebody or throwing something. My anxiety levels were through the roof at all times. Then I would talk to them at school and they were like, “He’s doing a good job.” I’m like, “What?” It was really crazy and it was just hard on our whole family. We finally decided to go to the psychiatrist and ask for medicine.

I went to the Brain Balance consultation and I was a mess. I was just like … I just wanted to fall on the floor and cry and just say, “Help me, will you please just help us? Just help me.” I just didn’t know … It was so hard to contain myself during that conversation because it was so hard. As I talked to them they made so much sense and when they showed me the physiology behind everything and when they explained it to me … but they did in such a way that there was no sales pitch. It surprised me. I didn’t feel like I was being sold to I felt like I was being informed and they were kind of like, “Take it or leave it.” It was like, “We know this works so if you don’t do it then we feel bad for you but we’re fine here. We got plenty of business.” 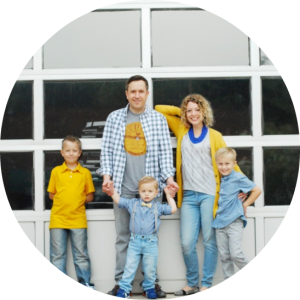 Lincoln has matured so much in being able to take care of his younger brother that I never thought that would happen. I couldn’t leave him alone with him at all. Now I can go get lunches packed while they are in another room together playing. I can actually in the morning go upstairs and get dressed for a second. Before I could not do that for safety reasons like for even a couple of minutes. The other day, this is a miracle. The other day we were running late I had to get all three kids ready – I’m running upstairs super fast to get something, and I come back down and all the kids are gone. They are all out buckled in the car waiting for me with all their supplies saying, “Mum we wanted to surprise you and be ready early for you without fighting.” That is such a miracle I can’t even tell you. They wouldn’t even be thoughtful enough to do that before let alone be able to organize themselves to do that before. Let alone be able not to fight to do that before… I mean I was like… I almost cried and that sounds like just a silly thing to some parents to be so excited about. Just to have your kids not fighting in the car before we’re supposed to leave. It was a beautiful moment in my whole life.

I don’t know what the end is going to be like because I haven’t gotten there yet. All I know that what we’ve done so far in Brain Balance has been worth every single penny and we are only two months in.