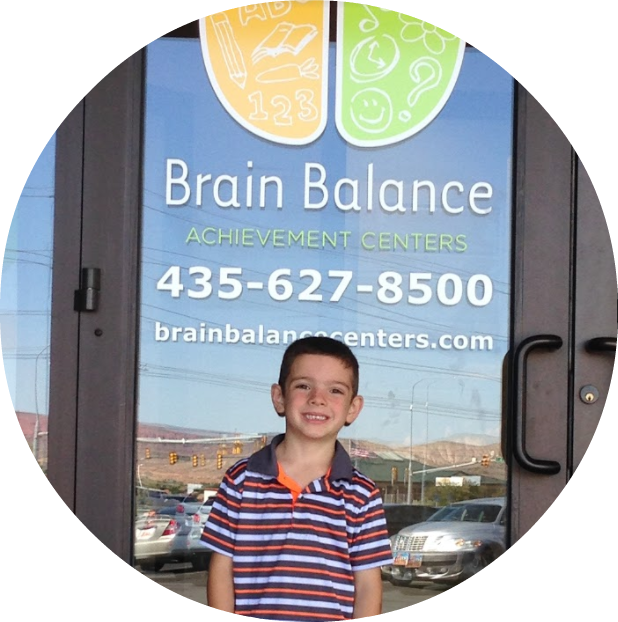 It’s not a quick fix. It takes hard work, but if you put the time and effort into it, it helps your child for the rest of their life.

Before Kenny went to Brain Balance he struggled tremendously with hyperactivity, impulsivity, anger issues, negative peer socialization, paying attention. We were seeing prominent struggles with academics, all resulting we feel in poor self-esteem. He was having a very difficult time making and maintaining relationships. He would come home with a lot of comments. “Mom, people don’t want to sit by me. Mom, people don’t like me. Mom, why don’t people like me? What’s wrong with me? I don’t like myself.” I think he was bothering people with his issues that he wasn’t in control of. I think the last straw was when Kenny came home one day, and he’s typically very enthusiastic and happy, and he was just growing increasingly downtrodden. He said, “Mom, I don’t like myself. I’m stupid, and I’m dumb, and I have a bad brain.” I said, “Honey, who told you that?” He said, “Nobody told me that. My brain is telling me that.” As a mom, I’m like, “We need to help him.” Obviously the steps we’ve taken at home are not enough for him.

That lead me to talk to my sister-in-law who works at Brain Balance. Of course, she told me wonderful things, very beneficial things that could be helpful for Kenny. Then I got online, and I searched for it. There are several individuals here who’s children are doing the program, so I contacted them and spoke to them on a one-on-one basis. We made the call, went and had him assessed. We jumped straight in from then and haven’t slowed down since.

They want to help the children succeed. I feel like when you enter that center from the get-go it’s about, “Let’s support this family. The family as a whole, not just the child. The mom, the dad, the other siblings, and the child.” They get them assessed and within a week, Kenny literally thought that center revolved around him.

Having gone from hyperactivity and anger and poor self-esteem, when Kenny comes home from school now, instead of saying, “I’m stupid. Nobody likes me. I don’t want to go.” Now, my little boy comes home and he says, “Mom, I’m smart. Mom, I can do what the teacher said. Mom, I’m a leader.” He says, “Mom, I want to be a scientist or I want to be an astronaut. Mom, I want to be a chemist.” His teacher now says that he is a very loving, bright boy. He is making good friendships. He’s a peace-maker. He wants everybody to be nice to each other. She says he’s very capable of getting his work, completing his work, and often times asking for extra work. In addition, he has gone up a total of five reading levels in school. Overall, I feel like he has a real sense of control of himself. Who Kenny is and what he can do and how he can take care of his emotions. It brought out all the great qualities that he has. All the negative ones are floating away, and all the positive ones of him being loving and enthusiastic and bright, those get to come out now. That’s what we missed about our little boy.