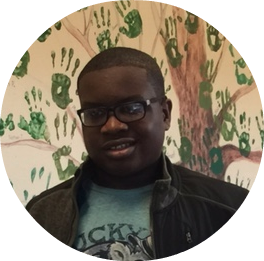 Temper-wise he had a very short fuse. He would get aggressive in situations that didn't necessarily require him to get aggressive.

Before he started Brain Balance, school-wise, as far as academics, he was very, very good already. It was the social part at school that he was having issues with because Jordan is almost like a dictionary, pretty much. Because he tends to be so smart in the way that he speaks, he tended to have a hard time making friends. He kept to himself socially. He would have one or two friends maybe, but he always kept to himself. He was very smart. Temper-wise he had a very short fuse. When it comes to TV and any kind of games, anything like that, he would get completely engrossed in it, like it was basically his world. Any time that we went somewhere outside of the home, like to visit somewhere, he tended to want to just find the room, but nobody was in the back room and he would just want to keep to himself. He would come out every now and then and go back, and that’s just what he does. He would get aggressive in situations that didn’t necessarily require him to get aggressive. That’s what I would describe him as before.

I saw Brain Balance online through doing the research for Aspergers and places that could do testing. As I read all about Brain Balance, I decided to finally call. The results day was a light bulb day for me in a lot of different ways because it gave an answer to all the things that we’ve known that Jordan was different. It gave the “why” behind it. It was reassuring. I knew that this was something that could really help Jordan.

He is definitely calmer. He doesn’t get irritated and go to that fight or flight mode nearly as often, or nearly as quickly. He’s more engaged in the actual conversation and in the world in general. He’s actually gotten some friends and he’s started going to some after school events, which he had never wanted to do and never had an interest in before.

No matter how good the program was, if it wasn’t for the staff and the way that they truly make it family, make you feel and know that they actually care, and the way that they go about doing things … The order and organization and information that they are. The true loving people that each of these people are, in the way they go about their things and their day in that office … it truly matters and it makes a difference. I’m really, really thankful for the program. I am even more thankful for the people behind it.