We have recommended it to other parents. We absolutely have. I think that people that know us and knew John Michael beforehand would absolutely say there was a big difference and could see the change in him.

As we saw improvement, that was very encouraging and helped us to keep going.

We could see that he was a bright boy. In many ways, he was succeeding and possibly even excelling academically for his age. He was almost 5 when we started the program. In some ways, he was excelling. He was doing great in that way. In other ways, we had what I called inconsistencies. We had just inconsistencies in academic performance. Some days it’d be great and some days it was like he’d never seen it before. Visual things. Some days he could track well in learning to read or write or follow things on paper. Some days he couldn’t track well. There’s just a lot of inconsistency, which was frustrating for him. It was frustrating for me to teach him as well. Along with that, we had a lot of inconsistencies in attitude. I think because of his frustration, some days he’d be fine and calm. Some days he would just blow up and have very negative attitudes, a lot of tempers, a lot of anger and frustration coming out. We had talked with some friends who had a child with a sensory processing disorder. As she explained that to us, it just fit all the things that we were seeing with his behavior. I guess that’s how I really found Brain Balance, was doing some more research about sensory processing disorder. 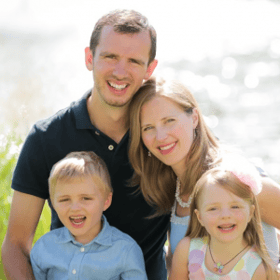 After Brain Balance, his academic improvements were enormous. He’s much better able to handle things socially. He’s much better able to handle what I would call stressful or anxiety-producing situations than he used to be. We’re still working on behavior and things like that but he’s improved 100% … before the program, we would encounter 1 to 3 temper tantrums a day. Now a year later, we encounter a very mild outbreak of a temper tantrum, not even a full-blown one, just sort of an outbreak and then he just calms down, maybe once or twice a week on average.

I would fully recommend this program to anyone who wants to unlock their child’s full potential. I would not even specify children that they think have problems or learning disabilities. This is for everyone.