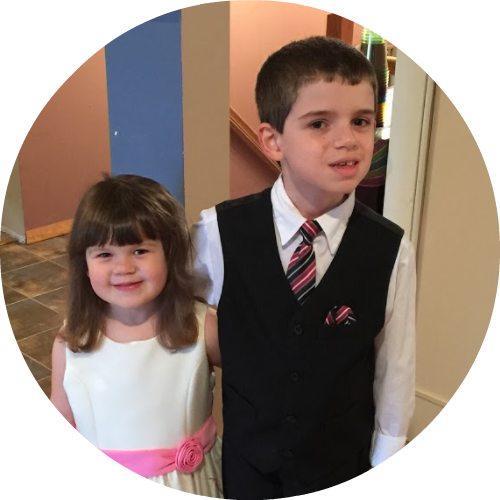 The bus driver tried to drop Joey off at home one day instead of daycare. Joey didn’t get off the bus. We owe Brain Balance for Joey’s life because he would’ve gotten off that bus that day and gotten lost if he wasn’t going to Brain Balance.

I mean I cried when he opened up a bag of potato chips on his own, and now he's hitting a baseball. It's just amazing.

School, he wasn’t doing very well academically at all. He wasn’t making friends. He was way behind his age on everything – comprehension, reading, math. He would play by himself, or he would find a corner. He wouldn’t engage well in groups.

Brain Balance was kind of like the kitchen sink, I guess. We had tried so many things beforehand, and that’s not to say that none of them helped, I’m sure all of them helped in some way. None of them did what we were hoping to do, which was to help Joey be more normal. After the assessment, they were able to tell us, for the first time, why Joey did the things that he did. We never heard that before. Nobody was ever able to tell us why he did the things that he did. Nobody was ever able to explain it to us before.

Teachers and family members, they said it’s like night and day, he’s like a different child. Huge difference, they just can’t believe it. We’re not quiet about it. We tell everybody who will listen. You know, we share our story. We tell people what we do for Joey, we tell people he’s autistic. His ADA therapist saw him prior to Brain Balance and she saw him after Brain Balance. She said that the differences were incredibly stark. His ability to socialize, his ability to converse with someone, it was just night and day for her. She said, “This is a completely different child.”

He’s got much more self-awareness now than he had before the program. He’s more aware of his own emotions, he’s more aware of how his actions affect other people’s emotions. He has empathy now. He’s starting to understand jokes now. He laughs at things now. He actively pursues friendships. Here’s Joey before, not socially engaging, especially with men or boys, only doing a parallel play, staying to himself. Now he’s talking to strangers saying, “What’s your name?”

The bus driver tried to drop Joey off at home one day instead of daycare. Joey didn’t get off the bus. We owe Brain Balance for Joey’s life because he would’ve gotten off that bus that day and gotten lost if he wasn’t going to Brain Balance.