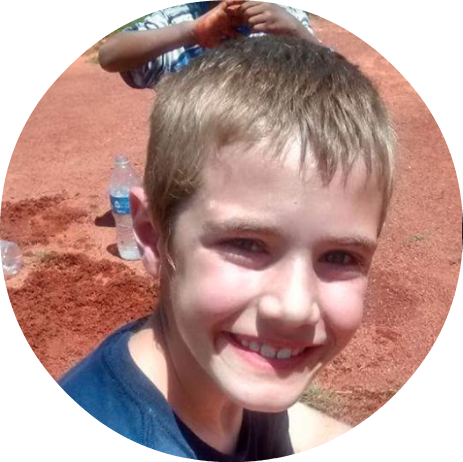 At Brain Balance, they’re almost wizards. It’s hard to explain, but like wizards, they correct the problem. They get to the root source. They don’t medicate your kid. It’s all through fun exercises and a well-balanced diet. Your kid gets better. You can’t complain about that.

Before, he couldn't tell me what he could do at school during the day, but now he gives me a whole list of things he does in school. The other day we read his favorite book, and he was actually able to answer all my questions and remember all the characters and everything in it. He couldn't before. He's doing really well.

Before he started Brain Balance, he was very defiant, couldn’t make any friends, was very low from an academic standpoint … It was just getting worse. It was getting to the point where it was actually starting to get physical. He would get so angry that he would actually punch, actually throw temper tantrums … One time when he was like 5, he stabbed me with a pencil, so yeah, really violent. He wasn’t making friends of his own age, but younger he was okay with. Older or his age, he couldn’t get along with. He was always having a problem and not realizing that they were just being a friend and joking around with him and would take it the wrong way.

It’s been way less stressful since he’s been in the program, that’s for sure. Because before it was like you never knew any given day what kind of attitude he was going to be in, and now it’s like he’s happy-go-lucky and ready to go to school and happy to be home. Before I hadn’t gotten so many hugs from him before, but now I get hugs from him. He’s like, “Mommy, I miss you all day.” I didn’t get that from him before.

At Brain Balance, they’re almost wizards. It’s hard to explain, but like wizards, they correct the problem. They get to the root source. They don’t medicate your kid. It’s all through fun exercises and a well-balanced diet. Your kid gets better. You can’t complain about that.