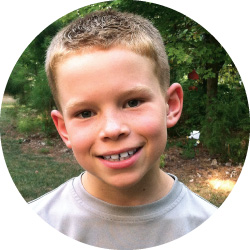 We were truly blessed to have found the Brain Balance family and know it was the perfect decision for my son and our family!

When Ian was six, he began showing several signs of defiance at home, at school, and after school.

He would throw tantrums and run away from people of authority. In school, Ian had trouble maintaining focus and sitting still. He also began having impulsive behavior such as yelling, calling out, and always looking for a fight. Ian wasn’t able to discern other people’s feelings and body language and couldn’t even regulate his own behaviors and emotions. Most upsetting was that Ian was extremely hard on himself and talked about hating himself all the time. We researched several avenues to take as the outbursts continued to worsen in second grade. We didn’t want to put a label on him in or out of school and didn’t want to introduce drugs of any sort. Eventually, we found ourselves at Brain Balance and were welcomed with smiles and open arms every time we entered their center. It wasn’t easy, there was some doubt along the way and many tears, but when the results began to show, we knew we had made the right decision. 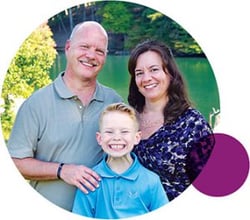 Fast forward to third grade, where all we heard were rave reviews of my son’s academic achievements. His teacher found it hard to believe that he had any issues prior. She described him as extremely funny and bright, a hard worker, and a helper to her and his fellow students–a student any teacher would gladly have in their class! He wasn’t the only one that benefited from the program, as my husband and I did as well. Since becoming educated on the effects of food on the body, mind, and emotions, we have adopted a plant-based diet, keeping meat, dairy, gluten, and processed foods to a bare minimum. We have all learned to keep our cool when situations arise. We work through the good and bad as a family unit. Ian is finally a child who is confident and proud of all the accomplishments he has been making.