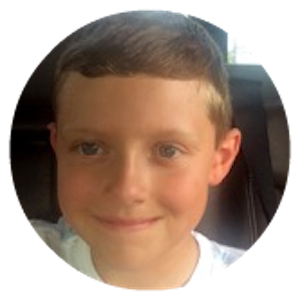 He went for the first three months and he had made such great progress. We hated to stop because he still had some areas for improvement, so we went ahead and did the second three months. It was fantastic. It was a wonderful experience and I’ve told a lot of people about it.

There has been such an improvement in Gavin all the way around. He's able to focus. He can sit and do his homework now.

Before Brain Balance, he was extremely distracted. He had a very hard time focusing. I actually homeschooled him, first and second grade. Trying to get him to do homework was really, really difficult, for both of us. I would have to stand over his shoulder and point to each and every problem. I would constantly redirect him back to the work that he was supposed to be doing. It was a real, real struggle. He got behind in school so we ended up having to do some of the school work through the summer for him to be able to finish up. He also had absolutely no rhythm in singing, so he did not enjoy the music classes that he had for school. He actually would get really upset and almost be in tears when he would have to try to sing a song and clap or do hand motions and things. He had absolutely no interest in sports. Throwing balls, kicking balls, hitting balls, he just really did not have good hand-eye coordination. He just didn’t want anything to do with a ball and playing outside. He developed some tics, where he was king of turning his head or rotating his wrist, just bodily functions that he would start to repeat.

I did some research on the internet, read a lot of the testimonials, and then I went ahead and called the Brain Balance Center and scheduled to get him tested. All the people there, at the center, have just been phenomenal. They have helped us every step of the way. It’s a little overwhelming at first when your child goes through that three-hour test. Then you come back for the results and you see, in our case, where Gavin was only hearing forty percent of what we would tell him, and of that, he was only comprehending forty percent. At that time, we had a nine-year-old who was only able to listen and comprehend at like a three or four-year-old level. It was very, very eye-opening for us. They just were great at encouraging us as parents, reaffirming us, and letting us know that there is hope out there and that this program can help him to overcome some of these areas where he’s struggling. 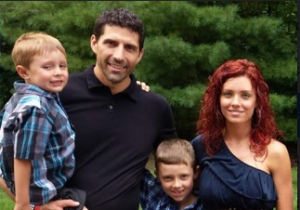 He’s able to memorize his spelling words now and you don’t have to harp on him to do his homework. He’s able to focus better and we can give him two or three or four-step directions and he can go and do those things and come back to. We don’t have to harp on him. There has been such an improvement in Gavin all the way around. He’s able to focus. He can sit and do his homework now. I know that he is less stressed about schoolwork because of it. He actually had us buy him some footballs, some soccer balls, and some other, like NERF balls this past summer. We got to get out in the yard and pass ball and kick balls to him, all summer long, which we had never done before. It was a lot of great one-on-one family time there. I can’t recommend it enough to people. There have just been so many great changes with him.

He went for the first three months and he had made such great progress. We hated to stop because he still had some areas for improvement, so we went ahead and did the second three months. It was fantastic. It was a wonderful experience and I’ve told a lot of people about it.