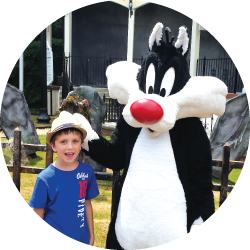 Find out more about the Brain Balance Program, and never give up…there is hope and there is a Brain Balance Center out there that cares.

Before Brain Balance, Everett was a very lost boy inside.

He was very delayed in his motor skills as well as his emotional development. In preschool, Everett wasn’t able to do the things he was supposed to. He couldn’t write. He wanted to touch other people inappropriately. It broke my heart because he would say things like, “I want to die. I just don’t want to be here.” At four years old, that’s really traumatic to hear as a parent.

That was the point where we decided to have him tested. It was amazing how Brain Balance was able to decipher what was going on with Everett and help me understand my child. We decided that it was the right program for Everett and started Brain Balance. We started seeing changes. Everett was not so agitated. There was a part of his brain that started clicking. He started saying “I love you” and wanted to be hugged. He had more of a tolerance for his brother. Everett was better at school. He became the child that I was missing.

It was really moving to hear my child say, “Oh, you’re the greatest mom in the world.” I’d never heard that before. It was amazing to see the changes in Everett, like how he interacts with the family, how he’s grown so far, and how he wants to have friends over. Everett’s a smart little boy, he just didn’t know how to express it. Find out more about the Brain Balance Program, and never give up. It was a holistic approach and there aren’t any medications. It really took the tension out of our household. Brain Balance has been beneficial for my son. There is hope and there is a Brain Balance Center out there that cares.