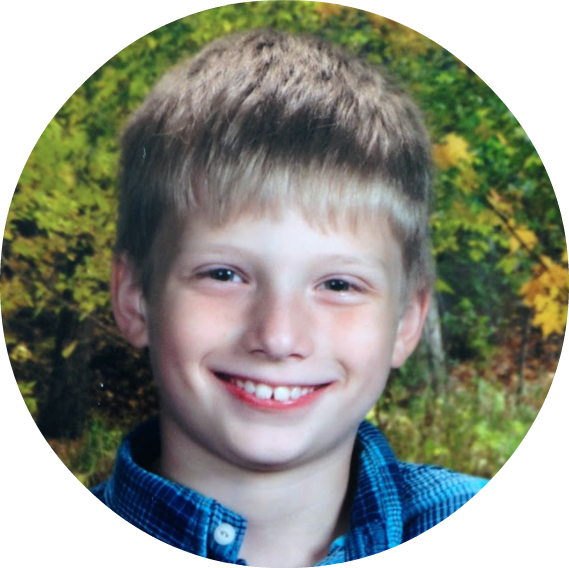 He’s able to do many things himself now, and it’s unbelievable. The homework experience is so much more pleasant. I pretty much now can say okay, why don’t you work on your math on the computer. He goes to a computer. He completes the problems. He’s doing it.

Before Brain Balance, actually his teacher had said that there were some issues in school and wasn’t surprising to me because I had actually been feeling like DJ was very delayed in many areas. He had all the classic symptoms of ADHD with a side order of Aspergers (ASD). He had the classic symptoms of not being able to focus. He couldn’t problem solve. He would cry and throw tantrums at the drop of a hat. Starting, completing, finishing homework was a huge issue. Even just getting him to answer questions or engage in a conversation, I would always have to repeat myself several times. Speech problems, I had a lot of people that couldn’t understand him. He didn’t qualify for speech at school but he was right on the cusp but he did have some speech problems. Writing was a hugely painful experience for him.

With the MAP testing and DJ testing low on the MAP testing, he took that MAP test in October, and then he took another one in January now. We had only been involved in the Brain Balance program for a couple of weeks at this point and time, maybe a month. The teacher was thrilled with his test scores. He came back 20 points higher than his previous score. Just to put things into perspective, teachers are extremely thrilled if you can get scores 10 to 15 points higher in a school year. This was 3 months since the standardized testing, and really only maybe about a month in Brain Balance and his test scores had improved that much. 20 points.

I was kind of hopeful but yet skeptical if that makes any sense. Like I’m not sure if this is really going to work. Then, once DJ started and I remember specifically the day. I can give you an example of what our morning routine was typically like. Now, I live in Minnesota. It’s cold here and we have a lot of winter gear that we need to get on to get outside to walk out to the bus stop. We’ve got boots and hats and gloves and coats. This would be a typical morning for me. I would be like, “DJ get your boots on. DJ get your boots on. DJ get your boots on!” There was one particular day and this was like 2 weeks ago, and even my daughter noticed. We were getting ready for school, and I didn’t say word one. He went and brushed his teeth. He got his hair brushed. He was dressed. Not only that, but he also came downstairs, hat, mittens, coat, boots. The school and his mom didn’t have to say one word to him and he was standing here ready to go. Not one cue did I have to give him. I about cried. I was like holy cow, this is amazing. That is just one of the wonderful experiences that we’ve had since Brain Balance and how it has helped him. I could go on with more if you want me to but I mean that is one really big key point was that he was able to do it himself.

I want to shout to the world how wonderful this program is. I know so many kids that are medicated and it’s not fixing the problem. It’s just putting a band-aid. Yes, of course, I would recommend it.

He’s able to do many things himself now, and it’s unbelievable. The homework experience is so much more pleasant. I pretty much now can say okay, why don’t you work on your math on the computer. He goes to a computer. He completes the problems. He’s doing it.