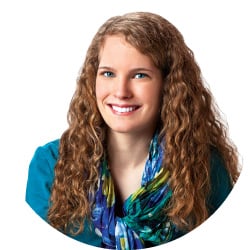 Brooke’s Brain Balance reading entrance test placed her at a fifth-grade level, and by the time she finished, she was at a twelfth-grade level. It really inspired her and made college seem possible. She became more energetic, more focused. She even felt smarter.

Brooke was a normal teenager who did well socially, but had extreme difficulties with learning.

Nobody seemed to know what was going on. We had psychological testing done which uncovered issues with dyslexia and auditory processing. Brooke had no intention of going to college. She was done with school. Brooke was working at a kennel because she loved animals. I knew in my heart there was something more for her. It was so frustrating until I talked to a friend, and she gave me the book, Disconnected Kids. It explained so much that had never been explained to me before. She graduated high school reading at an eighth-grade level and had since regressed to a fifth-grade reading level. Brain Balance knew what to do.

We started seeing improvement right away. At the same time, I heard of a veterinarian-nursing school and I said, “Brooke, would you ever consider this?” But she said, “No, no. I can’t do that.” Halfway through Brain Balance, she said, “Mom, I want to see about that school.” She took the entrance exam and was five points shy of entering, but was determined to get in. Brooke rescheduled the exam for a few weeks later. She passed in the top tenth percentile. Now, Brooke is in college studying anatomy, physiology, and cellular biology. She is living in an apartment, cooking for herself, and budgeting for herself. So many things have changed in her life, and she isn’t overwhelmed. It’s just so amazing. She’s so proud of herself.

Brooke’s Brain Balance reading entrance test placed her at a fifth-grade level, and by the time she finished, she was at a twelfth-grade level. It really inspired her and made college seem possible. She became more energetic, more focused. She even felt smarter.