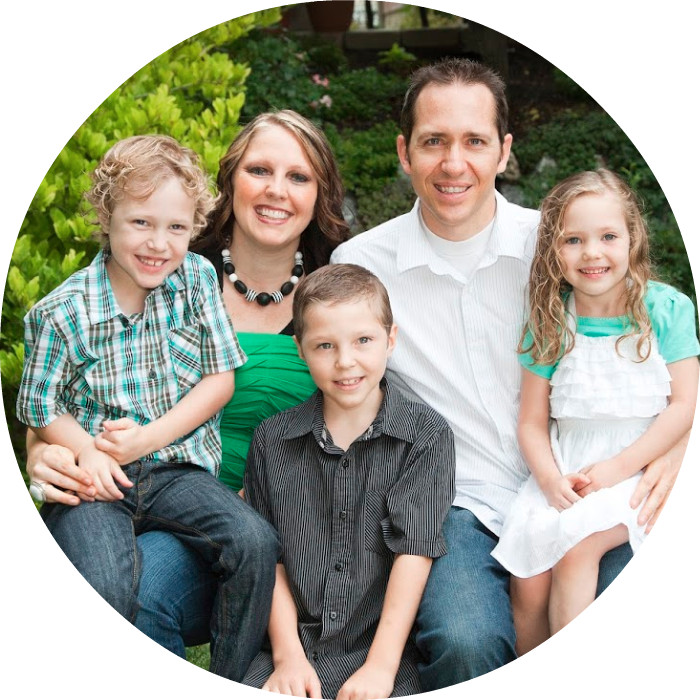 The biggest thing is that it’s the answer to what’s actually going on with your child. It’s the best decision we ever made.

When I put Brody into kindergarten he was there two weeks and every day he was coming home saying he was in trouble, and he was sent to the principal’s office four times in two weeks because he wouldn’t sit in his chair and he was bugging his neighbors; he couldn’t keep his hands to himself. Because he intellectually was smart, he was considered a bad kid and they thought he was doing it on purpose, which I knew wasn’t true. Socially, he just didn’t understand how to play with friends. He had to play everything he wanted the way he wanted to do it, and it didn’t really matter what the other kids wanted to play. He mostly played with younger kids because he connected better with them.

You start to look at your future and go okay, well everything that we had wanted for our family is now gone. He’s going to live with us forever. He’s not going to be able to have a relationship. He’s never going to have normal empathy for other people. Never going to be able to have normal social relationships or friends and he’s not going to have friends at his birthday parties, and we’re going to have to home school him because he can’t function in school. He’s smart, but he’ll just flunk because he won’t focus or get anything done. He’ll probably never get married, and that was the future.

Then, we heard about the Brain Balance program. It was totally mind-blowing. I sat there in the presentation that they did, and they went through what was really going on with my boys, and it was just … I had done a lot of research. I was probably more researched in most therapies than most even combined, it was insane.

All these things just naturally started coming out as soon as the skills developed as we were going through the program. Basically three months later he was not even the same kid. He was still the same, sweet, smart Brody but he was completely different. I knew at that point literally everything was different. He can go to school. We put him in school as soon as we got home and he tried it and has been in school ever since and tries and gets on the Dean’s list and has friends – 25 at his last birthday party! He has empathy for other people, and he’s flexible.

The biggest thing is that it’s the answer to what’s actually going on with your child. That was so huge because it validated, to me as a mom, that I did have an amazing child. Everywhere else said we have this child with problems or let’s label them, or let’s medicate them. It actually changes and addresses the problem. It’s the best decision we ever made.