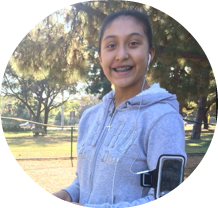 Honestly, every penny has been worth it because of the change in her. My daughter is reading independently. In this time period that we’ve been here, she’s jumped up multiple grade levels in reading. Her math is stronger. There’s just confidence now.

She would retain about 30% of what she read and that was also our biggest trouble because in school, that's making it just beyond difficult.

We had picked up on her learning disabilities when she was in first grade. We just knew. I’m dyslexic, so it was just something that I was able to pick up on. School was always a struggle. Just getting her to focus on homework. We would sit and read with her, but she has a processing disorder, so there are times where verbally she can tell you exactly what she’s trying to say, but to go from mind to paper was just a disaster.

It was that transfer to get it onto paper. It was always either unreadable because she automatically would go to phonetically writing stuff because memorization was really hard as well. She struggled in school. She was also one of those kids like, she wasn’t necessarily a discipline problem, but if she didn’t understand what was going on in the classroom, she would talk. It was something we learned. It was just her way of filling in the time because she was so lost in the classroom that it was like, okay what’s the kid going to do now? She would start talking.

We started picking up these little hints like, okay she’s lost. All of a sudden she’s talking, but when she understood what she understood, she would just take off. When she really didn’t get it, like she really didn’t get it. When she got it, then she was fine. It was just, unfortunately, the when she got it part wasn’t as often of course, as being lost. 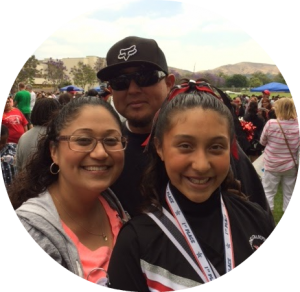 I gave Brain Balance a call and I just asked them a bunch of questions and they asked me a bunch of questions. I’m not going to lie. I’m your atypical. I was skeptical and it’s like okay, well let me go down and just see what it’s all about. When we came in, it just … I don’t know how to explain it. You know when you just walk in, it’s like okay this is our answer we’ve been looking for. It just is. I can’t even explain the changes because we did nine months. I got an e-mail from her teacher last week about the results of Brianna’s start test and her teacher was just … There were so many exclamation points in that e-mail, I couldn’t stop laughing. Unfortunately, when she has taken tests to see where she’s at, she’s always way below average. Way below because of comprehension and stuff like that and retention. This is the first time ever that she has jumped up in her language arts, which is huge for her, especially a dyslexic kid.

I’m really grateful for the bond that my daughter has at Brain Balance. Getting her to the center has never been a fight. When school is hard, they don’t want to go, they argue. She can be exhausted because this kid is very active. She does gymnastics. She does cheer. She does piano lessons. She does all that. I’ll tell her, I know it’s been a long day, let’s go to Brain Balance. She’s like, “Let’s go.” She gets in, she goes. It’s no argument. I don’t know about any other locations, but the staff here is just … I didn’t know people could always be happy and be happy at their jobs and be so good with kids.

Honestly, every penny has been worth it because of the change in her. My daughter is reading independently. In this time period that we’ve been here, she’s jumped up multiple grade levels in reading. Her math is stronger. There’s just confidence now.