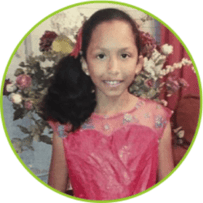 “Sophia has jumped up six points in her reading level….”

“The challenges that initially brought my family into the center were that my daughter was reading below her grade level and hated reading. She did not have the motivation to study or learn, and she had a hard time wearing different textures of clothing like jeans or shirts with anything on them. I saw Sophia’s struggles melt away as she progressed through her 3-month program. Sophia will now sit with her tutor for 2 hours and read without taking breaks. This is a huge accomplishment considering before Brain Balance she hated to read for five minutes!! Sophia is now more independent with her homework and will take the initiative to sit down and work on it without being told or having to argue about it. Sophia is also wearing many different textures of clothing than was ever possible before Brain Balance.

Brain Balance has not only impacted Sophia but it has changed our family dynamic. Going through the program we learned how to have fun as a family while still being able to make progress with her academic struggles. Before Brain Balance, it was a constant argument to get her to read or even attempt to do her homework.

For anyone who is thinking about enrolling their child into the Brain Balance program, I would totally recommend it! The staff has been extremely supportive of our family as we went through the program and helped in every way they could. They even offer simple and easy steps to perform at home to help your child succeed in different areas.

I also would like to say thank you to the Allen Center because it made me realize that I was once a child myself. Seeing how the staff interacts with each and every child reminded me that Sophia needed more tolerance and appreciation at home from me as a parent. I was a demanding parent that wanted to keep her grades up to avoid negative school meetings. But now I have a new perspective oh how to handle Sophia’s school success.” 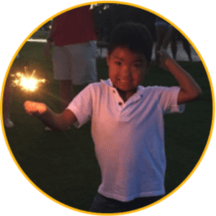 “We adopted Jay at three years old, we knew Jay was delayed in most areas especially speech, self-control, and maintaining eye contact. He’d made huge progress with us in the first two years but when his brother started to surpass him in language learning we became concerned. Jay also seemed to have difficulty recognizing any symbols or letters. There was a definite disconnect and we suspected it may be Dyslexia.

We saw an improvement by doing Balance 360. It showed us what pieces of his diet were contributing to his emotional and angry outbursts. There is no more gluten for him and we have seen dramatic behavior improvements from this. Another Dramatic improvement was the abrupt stop of bedwetting. Before Brain Balance, he wet the bed 5 nights a week and once we started BB it went down to none. Now he doesn’t wet the bed at all!! His memory and ability to link names and sounds have improved. Before Brain Balance, he knew 4 or 5 letters and numbers and would constantly mix them up. Now he knows all of his letters and numbers 1-20. Speech has been a struggling area for him too and we have seen improvements in this area, he is starting to be able to make new sounds.

This program has made us as parents more capable of helping him find that balance and to know where the imbalances are. Watching Jay progress from a child that was struggling with all types of language learning to one who is excited to learn and wants to read has been so worth the investment of time, energy and money.

In Brain Balance, you get what you give. Brain Balance is a lot of work and a big financial investment. It is not easy by any measure but if you really go for it, you WILL see growth.” 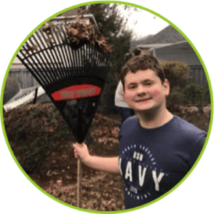 “I sought out Brain Balance because Jeremiah was diagnosed with High Functioning Autism and I saw that Brain Balance could help remediate some of the symptoms. When he was diagnosed they said his left brain was at an age of 18 and his right brain was at an age of 7. The struggles he saw from this grave brain imbalance were verbalizing what he was thinking, understanding his emotions, impulse control, motivation with regards to school and grades, and socially connecting with peers.

As we went through the Brain Balance program we saw these struggles improve in many ways! Jeremiah started expressing himself verbally when he would get frustrated instead of physically or shutting down. Jeremiah began to cultivate social relationships and see the importance of them. He started to invite friends over regularly and coordinate card playing tournaments that would last nearly eight hours, before Brain Balance he would only want friends to stay for a couple of hours and then be done. Jeremiah even started to show great initiative at school. His Teacher said that he started coming up to her to check in and see if he had any assignments that were not turned just to make sure that he was on top of everything.

If I was speaking to someone who is contemplating enrolling their child I would tell them that it is worth every penny and joining the program to help your child is no different than seeking out the best of the best for your child if they had cancer. The program not only met the goals I had set for my son but it went above in beyond in the way it impacted our lives. It is a sacrifice and a commitment to join the program but it SO worth it!” 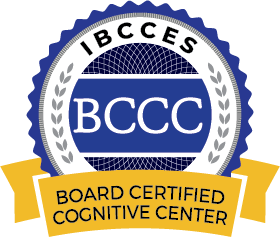