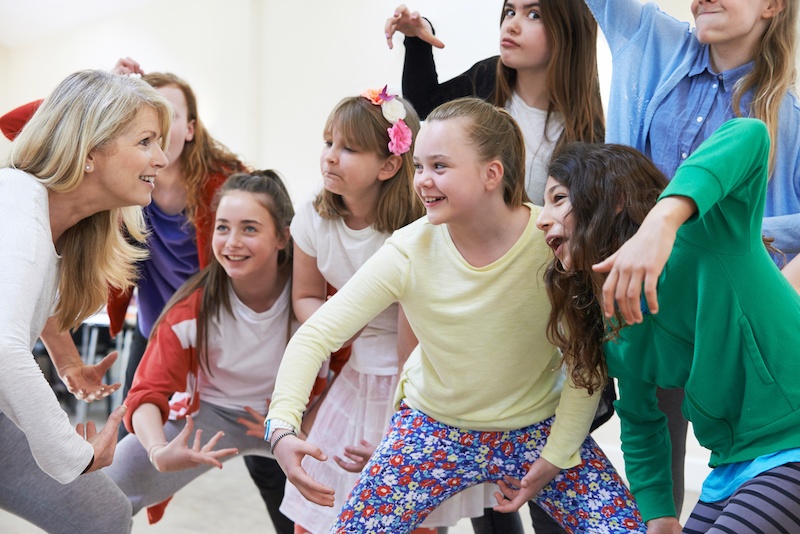 As the school year begins, parents worried about their children's excess energy or ability to interact with their peers should consider finding ways for them to participate in theater. At its core, the theater requires imagination, empathy, listening, focus and teamwork, all of which greatly benefit children struggling to control their active minds or express themselves. Theater classes and participation in plays provide a foundation for students to gain social skills and express themselves.

One of the first things that theater students learn is that "acting is reacting." Reacting requires listening, processing what another person says, and then appropriately responding. Actors cannot just be within themselves, they have to respond to what others are doing. This means eye contact and active listening, which for someone who has trouble interacting with peers is an important skill to gain. The activities used to teach acting are all geared at improving reaction and include improvisation, scene work and other exercises. The Meisner Technique, for example, requires two actors to look at each other and repeat one phrase over and over again, noting the expression of the other person and responding accordingly. It is literally an exercise centered on learning how to read people and react appropriately.

When a child plays a character, he has to learn about the person he is playing. He has to understand the time the character lived in, his relationships with the other people in his world, and his motivations for everything he does. This process of getting into the shoes of another person is especially helpful for someone who has trouble interacting with others or who may not understand why his hyperactivity or behavior affects others. It is an exercise in imagination and empathy that will benefit a student struggling at school.

Not even a one-person play is produced without teamwork. Making theater requires an ensemble and collaboration with a director and designers. For a child who struggles to interact with other kids, participating in an acting class or being in a play is an opportunity to be around other kids and learn what it means to be reliant on others to make something happen. The social skills that a child gains through theater can carry over into the classroom.

The World's a Stage

What a child learns on the stage manifests itself off the stage. Theater is an exciting and fun platform for a child having learning and social challenges to become herself and gain social skills and a world full of imagination.