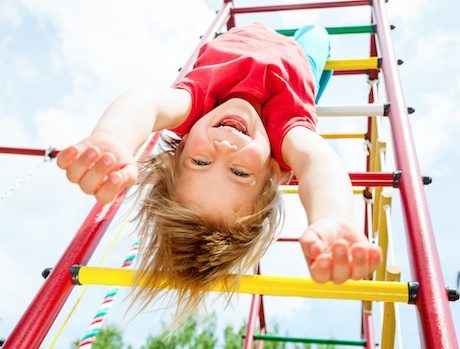 Exercise Helps Improve Attention and Other Symptoms in Children with ADHD

A recent study confirms what many parents and educators intuitively realize: physical exercise helps ADHD children function better. The study concludes that physical activity improves cognition and has a healthy effect on the brain.

The study, completed by Charles H. Hillman et al., was undertaken over a nine-month period and involved 221 children aged 7 to 9 years who were randomly chosen to either participate in a physical activity (PA) program or put on a waiting list for the program (the latter was the control group for the study).

The following aspects were measured as part of the study:

Executive control in the brain assists with the ability to withstand distractions and increase focus (inhibitions), the capacity to move easily from one task to another (cognitive flexibility), and the ability to remember facts recently learned and to come to conclusions regarding those facts (working memory). These are all traits that children with ADHD struggle with.

Conclusions of the ADHD Study

Once the research was completed, the study concluded that exercise was a contributing factor in increasing executive control in the brains of the children who participated in the PA program. The recommendation was that PA classes form a regular part of children's days at school, and that the result would not only be a rise of physical and aerobic fitness, but there would be a positive spin-off effect in reading and mathematics learning; both of these are dependent on efficient executive control in the brain.

At least two other research studies exist on the positive links between ADHD and exercise. The first one studied 17 children in Grade 3 who exhibited at least four symptoms on the Disruptive Behavior Disorders Rating Scale. They participated in around 30 minutes of physical activity at school every day for eight weeks. Between 64 and 71 percent of the children showed general improvement, and there were marked changes in the inhibition field.

The second study compared two groups of 7-year-old children who it was believed were at risk of developing ADHD. One group was given about 30 minutes of physical activity each school day for 12 weeks while the other group was given desk activities in the classroom at that time. Parents of the children who participated in PA reported their children were less moody and inattentive at home.

What Does This Mean for Parents of Children with ADHD?

The good news is that what parents have known for a long time, that exercise for ADHD kids is beneficial, is now backed up with on-going scientific research. This gives parents leverage when requesting schools to allocate funds and time to PA programs. In the meantime, parents need to ensure that their ADHD children get opportunities for unstructured physical play as well as participation in team sports and activities like dancing, karate, swimming, bike riding, or walking.

About The Brain Balance Program®

In almost every case, children who have an imbalance in their brain and who have some learning or behavioral issue, will also have a poorly coordinated motor system. Our unique integrated approach helps support improved learning—academically, socially, and emotionally. Contact us today to learn more!