Signs and Symptoms of PDD-NOS 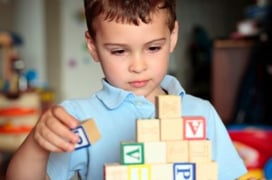 Sometimes a child with learning and behavioral differences doesn't meet all the diagnostic criteria for Autism, which led to a diagnosis of PDD-NOS. Pervasive Developmental Disorder - Not Otherwise Specified is the diagnosis that was given to those who fell into this category and were generally considered to exhibit milder symptoms than those with Autism Spectrum Disorder.


Diagnosis
As of 2013, PDD-NOS and Asperger Syndrome were both included under the umbrella of Autism Spectrum Disorder (ASD). Prior to 2013, some practitioners referred to PDD-NOS as "atypical autism" or believed it to be a milder form of autism spectrum disorder. This debate among professionals concerning exactly how to classify those who don't meet all the criteria for Autism led to much confusion among parents about the diagnosis. A child may have received a diagnosis of PDD-NOS if he or she fell into the following categories: