Report: 40% of Children with Diagnosable ADHD are Not Getting Treatment

NEW YORK, May 4, 2015 /PRNewswire/ -- Today the Child Mind Institute announced the release of the first annual Children's Mental Health Report, which synthesizes the most important, credible and available data on the prevalence of mental illness in children and the gap between need and care. The report found that an estimated 17.1 million young people in the US have or have had a diagnosable psychiatric disorder. This is the highest number ever reported.

"The results are in and they are remarkable in that they defy the general public's perception of childhood mental illness," said Child Mind Institute Founder and President Harold Koplewicz, MD. "Many more kids than we realized struggle with mental illness and nearly two thirds do not get treatment. This is a wake up call. Mental illness and learning disabilities are the common disorders of childhood."

Failure to intervene early leaves kids and adolescents at a higher risk for academic failure, school drop out, alcohol and substance abuse, entering the juvenile justice system and even suicide. In fact, more than 70% of youth in juvenile justice settings meet criteria for a psychiatric diagnosis, and the cost of lost productivity and crime spending related to mental illness in Americans under 24 is a staggering $202 billion.

The Child Mind Institute's Children's Mental Health Report highlights the effective treatments we have, the importance of early intervention, and the costs of not recognizing and addressing childhood mental illness. It will be published on childmind.org and shared by partners Web MD, Parents Magazine and The National Council for Behavioral Health.

The Child Mind Institute's Children's Mental Health Report will officially be released tonight at the Change Maker Awards in New York City. The report and the awards are a part of the Child Mind Institute's annual public education campaign, Speak Up for Kids, held each May to promote children's mental health. In its fifth year, the campaign celebrates people making change in children's mental health and provides accurate information to the media, families, educators and leaders that empowers them to speak up for kids with mental illnesses and learning disorders. 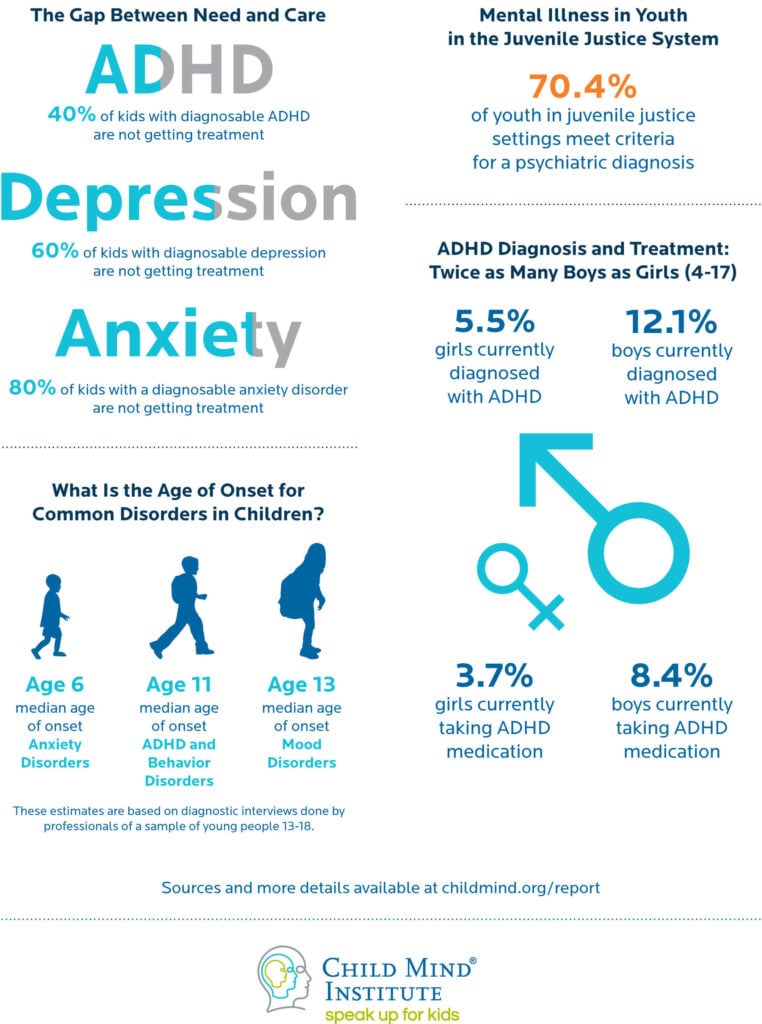 About the Child Mind Institute
The Child Mind Institute (childmind.org) is dedicated to transforming mental health care for children everywhere. Founded by Dr. Harold S. Koplewicz and Brooke Garber Neidich, the organization is committed to finding more effective treatments for childhood psychiatric and learning disorders, building the science of healthy brain development, and empowering children and their families with help, hope, and answers. The Child Mind Institute does not accept funding from the pharmaceutical industry.