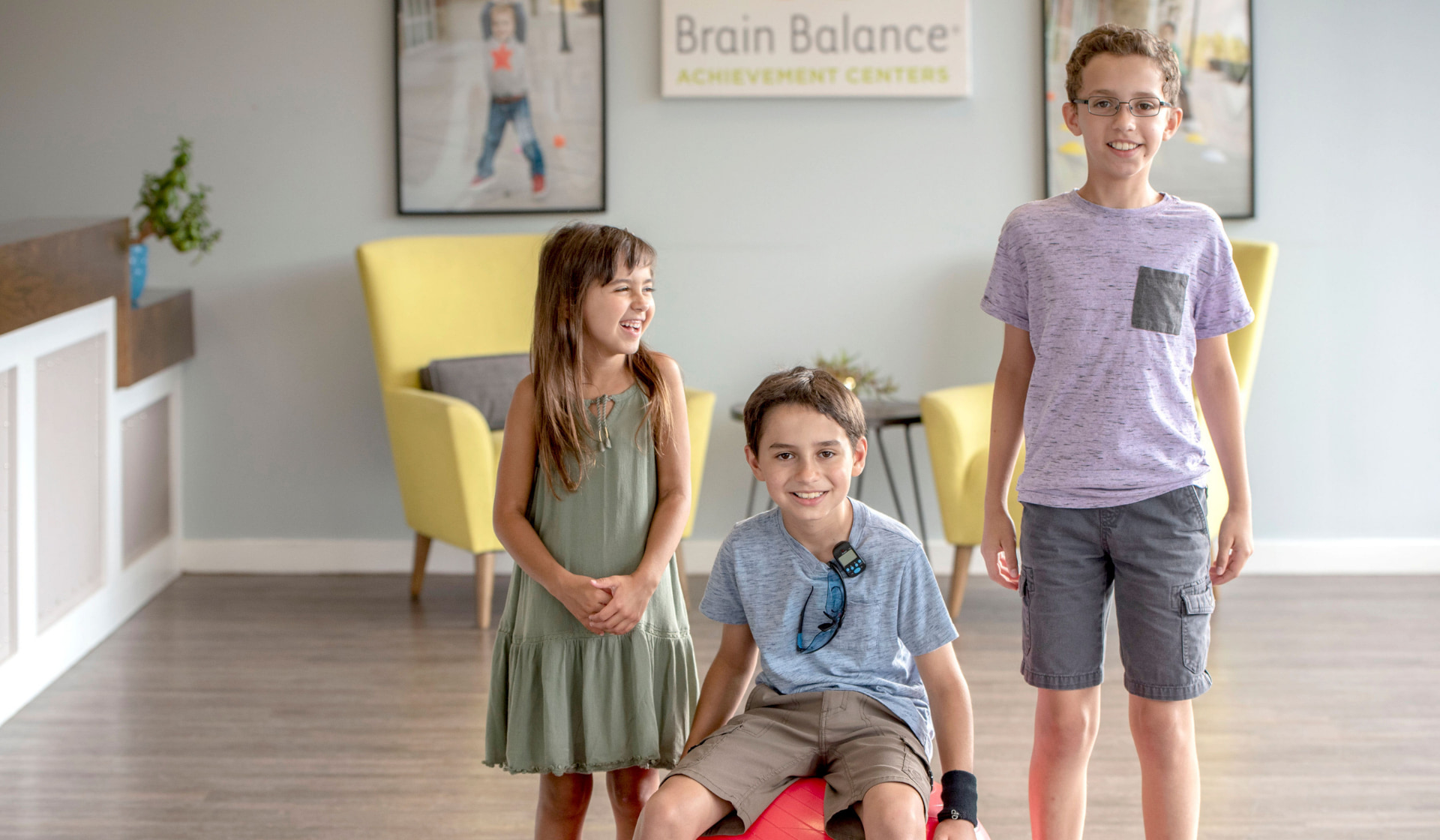 A new control study shows that The Brain Balance Program eliminates ADHD symptoms in 81% of participating children after completing a 12 week program. Get details from the study below!

A new randomized control study conducted by doctors in the Medical Neurology and Neuroscience field found that a drug-free, multi-modal program is significantly effective for eliminating symptoms associated with ADHD, as well as producing significant cognitive improvement. After a 12-week intervention program, the researchers found that 81 percent of children who enrolled in the multi-modal program no longer fit the criteria for ADHD.The independent study, "The Integration of the Neurosciences, Child Public Health, and Education Practice: Hemisphere Specific Remediation Strategies as a Discipline Partnered Rehabilitation Tool in ADHD", was published in the peer reviewed Frontiers, In Child Health and Human Development, supported by the Frontiers Research Foundation. Frontiers is one of the largest and fastest growing open-access publishers in the world. It was recently endorsed by Nobel laureates and other leading scientists for its efforts to facilitate more transparent and democratic processes in science by researchers, funders and governments. Research for the control study was conducted by Drs. Gerry Leisman, Raed Mualem and Calixto Machado.

The study consisted of an experimental group of 122 ADHD children, as well as a control group of ADHD children ranging in ages from 4 to 13. Each child displayed inattention, hyperactivity, impulsivity, academic under-achievement, and/or behavior problems, and met the criteria for the Diagnostic and Statistical Manual of Mental Disorders, Fourth Edition, as well as demonstrated the absence of coexisting conditions as evaluated by non-participating licensed psychologists or psychiatrists. They also received standardized academic achievement tests by licensed special education specialists.

The experimental group enrolled in a 12 week intervention program at Brain Balance Achievement Centers, nationwide specialized achievement centers for children with behavioral and learning disorders, which consisted of a multi-modal program of sensory motor exercises, academic exercises and nutritional guidance. The program attempted to achieve physiologic balance and temporal coherence in the brain and hemisphere, as well as evenness of skills that would match the child's age and grade level. The children attended three times per week for one hour at a time. After 36 sessions over the 12 week period, participants were re-tested and the program yielded strong results. In addition to the high percentage of children no longer fitting the criteria for ADHD, 60 percent of children achieved a two grade level academic increase, and 35 percent of children experienced a four grade level academic increase in multiple subjects. On the other hand, the control group, who did not go through the Brain Balance Program, was also reassessed after 12 weeks. The data showed that these children experienced very little change academically, but behaviorally, their symptoms worsened. This seems to imply that the improvement in symptoms was accompanied by a significant improvement in academic achievement.

"The groundbreaking study proves that medication is not the only option to help eliminate the symptoms associated with ADHD and it validates what we have been practicing at Brain Balance for nearly 10 years," said Dr. Robert Melillo, founder of Brain Balance Achievement Centers. "Drug-free, multi-modal programs, like the one offered at Brain Balance Achievement Centers, are ultimately more effective when it comes to achieving long-term results and eliminating symptoms both academically and behaviorally. This study shows that our program actually addresses the primary problem in the brain that is the root cause of ADHD and learning difficulty, and that it actually improves brain function. I am not aware of any other programs or studies that have yielded such positive results. We look forward to future studies that help us understand the impact of our program on children with ADHD, as well as other learning disorders, like Dyslexia."

Offering alternative solutions to combat ADHD has become increasingly pertinent as the epidemic continues to rise at a rate of 15 to 20 percent each year. Recent statistics from the Centers for Disease Control and Prevention (CDC) report that 11 percent, or approximately 1 out of every 9 children in the U.S. and 1 in 5 high school boys, are diagnosed with ADHD.

ABOUT BRAIN BALANCE ACHIEVEMENT CENTERS
Since 2006, Brain Balance Achievement Centers has helped thousands of children, ages of 4 to 17, through its drug-free, whole-child approach.  The Brain Balance Program® utilizes sensory motor exercises, academic work and nutritional guidance to address many learning and behavioral issues.