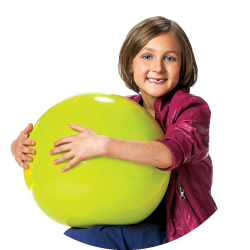 Brain Balance is not something you go into half-heartedly. You are either committed or you are not. For those parents that commit to it, they see results. They see tremendous results, just tremendous.

Sofia was an extremely active child, and when she was tested for ADHD she was almost off the charts.

Everyone kept saying she was so extreme. When we finally medicated her for ADHD, all these other behaviors that were masked by the ADHD started to pop out. That’s when we realized she had autism, as well. She was a good girl, just lost in the mess of ADHD and autism.

Sofia was tutored in an attempt to keep her from falling any further behind in her learning, but it wasn’t successful. Sofia’s behavior was affecting the entire family, so I looked for other forms of therapy, but nothing seemed to fit. However, just talking to the receptionist at Brain Balance helped me realize that this was the answer because it doesn’t just mask the problems, it actually addresses them and fixes the issue. Three to six months of the diet and exercises were easy enough to do, and it helped Sofia realize what she was doing wrong. After Brain Balance, we are now in the process of correcting the behaviors. Brain Balance has absolutely changed our entire family dynamic. Most importantly, Sofia realizes there is a change in her because of Brain Balance. Life with Sofia is now a completely different story. The little girl that wants to do well, to please, and to make the right choices, is actually able to do those things. I don’t doubt for a moment that I made the right decision in taking Sofia to Brain Balance.