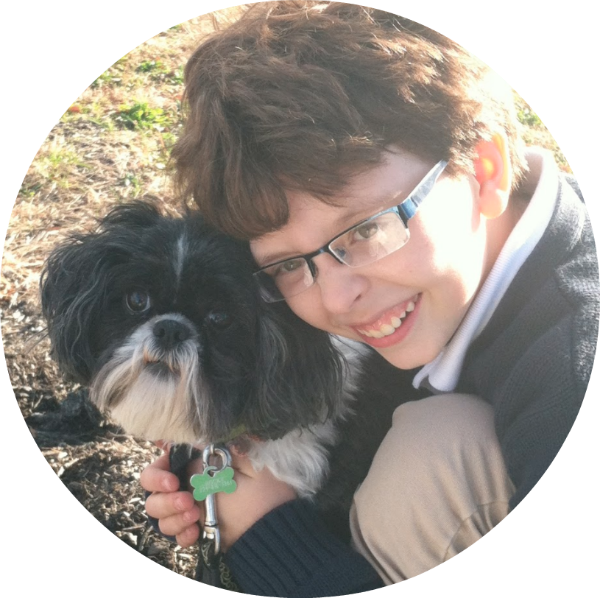 Prior to Brain Balance, he had so many issues, but they just got worse as he got older. He wasn’t able to function in social settings, and academically he was very below his peer level, wasn’t reading. We thought that for the longest time if maybe it was just a phase that he was going through, that it was something he would grow out of, but as it went along, it just got worse. There were issues with him not being able to do his homework, and not being able to function socially in school or any kind of group setting. He wasn’t reading very well at all -there was a dyslexia issue there. We realized that at a certain point that there was a bigger issue. He wasn’t able to take a shower by himself, or a bath. He wasn’t able to button buttons, or buckle his buckle, or tie his shoes. He wouldn’t sleep through the night. He had night tremors and a lot of fears. Flapping his arms, needing a weighted blanket. He loved that pressure.

We tried other methods, from therapy to counseling to tutoring, chiropractics to therapeutic horseback riding, to nutritional counseling, supplements, food, nutrition alterations. We tried brain integration therapy in California. We even tried medication.

When Ethan went to the Brain Balance assessment, the result didn’t surprise us. It just confirmed what we already knew, and it really wasn’t a shock. If anything, it validated what we were already thinking. It was a good validation for us. We knew what the problems were, but we couldn’t put our finger on what was causing it, and that’s really where they were able to shed so much light, and what they explained to us just made so much sense. The nice thing about Brain Balance from our experience is that Megan and Larry and the whole staff, they really focus on what’s good about these kids instead of … we got so worn down by his schools and teachers and administrators always saying, “Well, here’s the problem, here’s the negative.” Brain Balance, they really make it a point to really emphasize the positives. They realize that there’s a whole human being in there that’s struggling to get out, and they treat them like a whole human being.

Since starting Brain Balance and we’re now in our sixth-month stretch, he’s doing homework independently. He’s getting himself dressed. He’s taking his own shower, he’s tying his own shoes. He’s even getting his own meals sometimes. Even if it’s cereal or toast or something, he’s actually able to do that independently, which is really exciting. He’s playing sports. He had never played a sport before, but now he actually wants to play tackle with Dad, or throw a football or a frisbee, and he actually looks normal throwing a frisbee. He’s actually good at it, and before he was just so awkward. He’s able to hold conversations with people. He’s starting to make friends and actually want to be social. He never wanted to be social before. It’s just so exciting to see him making friends.

We are very thrilled about the program. We’re so happy that we enrolled him, and we’re just looking forward and never looking back.