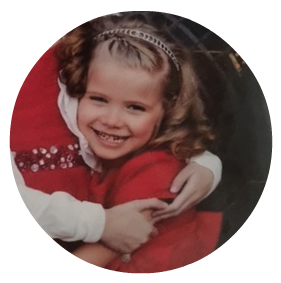 Would I recommend Brain Balance? A thousand percent because we would not be where we are. I would have the safety issues. That’s my main thing.

One of the big things that came out during the evaluation was that my daughter still had all of her primitive reflexes and they were all strong.

She’s very sensitive to sound. She’s very sensitive to her environment. She loves to be with friends but it’s so hard for her sometimes because when they talk in unison it freaks her out. If they start to sing in unison like sing Happy Birthday, Happy Birthday throws her over the edge. She used to pick things up off the floor and eat them. It was something you always had to be on her. It was a big safety issue. That’s my biggest concern. There were huge safety issues that I had with her.

My daughter has a diagnosis of PDD, Pervasive Developmental Disorder. Under the program, there is no diagnosis but that’s what her diagnosis medically is. I’m the very proactive parent who had my kid in speech therapy three days a week, she did PT, she’s done OT, she’s done auditory listening, two different programs, I have taken her to Doctor Faber in Pittsburgh at the Children’s Institute, she was gluten casein free. You name it. I have stood on my head for this kid. She just was not where I wanted her. I finally said, “I guess we’re going to try Brain Balance.”

We took her in, she did the testing and after the testing, she did the first room. Then we took her and got her to something to eat, then brought her back. She went to do the academic room and she just went wild. Danica just started screaming. She wasn’t doing anything else and shut down. We took her home and we came back for the evaluation. It was really eye-opening to know I have done everything. To see where she was. She was falling in some of her areas, like a two to three-year-old. Her biggest thing was auditory processing.

We were in the pre-program for about two months. It was my daughter started out only being able to handle fifteen minutes of being there. We were driving for an hour. I drive an hour to get to Brain Balance. My daughter could only handle fifteen minutes in the room. That’s heartbreaking. She gradually built herself up to about half an hour. She would scream. You could hear her banging herself off of the wall. It was just horrible. They said, “She has to keep the glasses on. She refuses to keep the glasses on.” You know how they have to blind the one eye? She’s like, “Heather, she’s going to have to put a shaker on. She’s going to have to get through these things. We have to desensitize her.” It would take everything we had to glue ourselves to the chair and know that they’re taking care of her and to trust people that you don’t know.

One of the big things that came out during the evaluation was that my daughter had all of her primitive reflexes and they were all strong.

Her safety issues have gone down tremendously. I started seeing changes in her. She’s getting more ability to hold it together. She’s able to tolerate things at more of a level. Danica, since she’s gotten into the full program, has not bolted at school at all. Behaviors that they even saw at the beginning of the school year have really decreased. She’s doing very well. She’s in her second session of Brain Balance. I’m very thankful because she is able to tolerate things. What was shocking to me was, I told you the academic piece when they first tested her, they couldn’t even test her academically. They were saying some of the things that were coming back academically were around a pre-school level. For you to take a kid that in July had to be put into a pre-program, couldn’t even do half the tests, to take her back and her primitive reflexes have gone from, “Severe” to, “Mild” on four, and to, “Moderate” on four. To me, that’s a significant change.

Would I recommend Brain Balance? A thousand percent because we would not be where we are. I would have safety issues. That’s my main thing. Is my kid a hundred percent? No. But is my kid able to function so much easier? Yes.