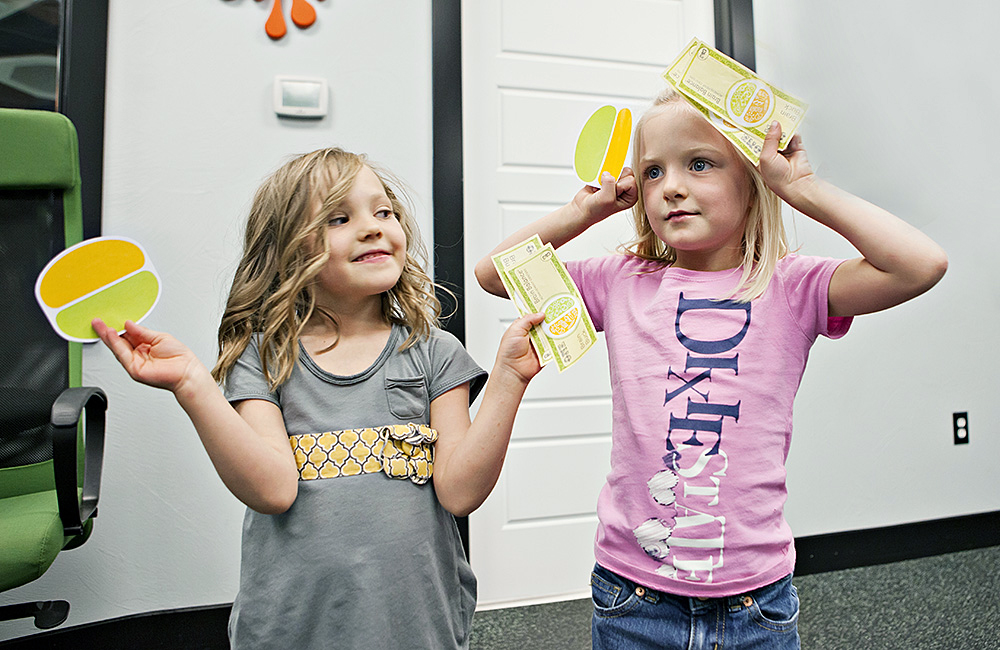 This is a story of two of our children, Emalie and Austin. Our first daughter Emalie was a happy, healthy baby. At about 18 months old she was not hitting all the mile-stones of other babies. She was doing well in some areas, so I brushed aside any concerns. Emalie was a great eater as a baby, but became very picky. Soon, she would only eat toast, cheese, milk and eggs. Sometimes she would only calm down by drinking her sippy cup of milk behind a certain chair in a corner.

When Emalie was 20 months old, her grandmother realized she could name all the letters, colors and shapes. She enjoyed doing puzzles and memory games. By age two, she could do a 100-piece puzzle with very little help, but she struggled with other things.

At age two, we went to Disneyland on vacation, thinking Emalie would love seeing the princesses she was obsessed with. To our surprise, she kept a few feet of distance between the princesses. As we entered a dark tunnel in Small World, she was screaming and clawing at me to get out of the boat. In A Bug’s Life land she absolutely could not handle the paths lined with big rocks. It was very clear that something was not right.

I began searching for real solutions; I wasn’t willing to patch and medicate symptoms for all of her life – I knew she was in there somewhere. Emalie was evaluated by educators and doctors of every sort, each suggesting things to try; I experimented with diet changes and saw definite improvement, but many odd behaviors persisted.

Retreating into her own world, Emalie showed little emotion to anyone beyond me. She became increasingly socially awkward and oblivious when other kids didn’t want to play with her. Then, I heard about Brain Balance and we scheduled Emalie’s evaluation. We enrolled Emalie, followed the program guidelines, and soon we saw real changes. Our little girl began to open up and take notice of others! Behaviors improved, she responded to discipline the way other children her age do, and she began to finally enjoy new foods.

Emalie is now in school and everyday she runs to her classroom waving and giggling with friends. She is again a happy, healthy little girl, which has motivated us to reach out for some much needed help with our son, Austin, who struggled with other things.

Austin is a tough, rambunctious boy – at least that’s what I told myself; boys are supposed to be active! However, soon I knew this was more than normal active energy, and I could not keep up! If Austin was alone for more than five minutes I would find a disaster! Shelves were pulled off walls, closets emptied of hangers and clothes. He was constantly jumping, falling and hitting his head. Stitches, bumps, bruises; I could not keep this little one safe! Austin struggled to sit still or understand danger.

Austin spoke very little, with slurred speech. And potty training? I tried every suggestion I could, but he could not seem to understand or get to the toilet in time. I was very concerned. I had a four year old I could not seem to handle, who would not respond when I repeatedly called his name, and was nowhere near potty trained! After seeing our daughter’s progress with Brain Balance we knew this program could also help our son. He is now enrolled in the Brain Balance program and improving in every way! Family members comment on how well he is speaking and how much better he is behaving. Potty training finally clicked! He is also now able to focus and handle his own body. What a relief for him and us!

There is no way to express how much Brain Balance has influenced our life – I know it is the source of so much positive change in our family! It has simply been a miracle to watch our children grow and develop with the help of this amazing program; a program that truly unlocked the potential of my children.