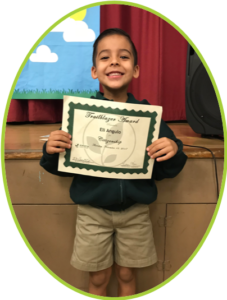 “Not only did Eli get the proper help he needed, but our entire family has been blessed and changed for the better.”

“Before Brain Balance, Eli had many struggles with his temper, emotions, behavior, and focus. I feel like the list could go on. He had extreme highs and lows all in a matter of minutes. He had terrible meltdowns if the smallest thing didn’t go his way. He was very easily frustrated if he couldn’t do something the way he wanted to or if his normal routine changed. He didn’t understand personal space or boundaries. He was getting ready to enter kindergarten and I was very afraid as his behavior only seemed to be getting worse and I didn’t know how much longer our family could survive with his outbursts.

A few months into the program, Eli started to show a lot of change. Morning and bedtime routine became much easier, it was no longer a constant battle every day. Holding a pencil and writing his name, dressing himself started to become an easy task for him. He was able to take direction and follow through with simple requests, such as asking him to clear his plate from the table or put his toys away. The most noticeable change was when he used to play with his Legos and would start screaming and crying because he couldn’t build something the way he wanted to but also didn’t want any help. Suddenly, we started to see that he was able to sit and play happily and finally had the motor skills to hold the Legos and build his masterpieces with no screaming or tantrums. Things like going out to dinner as a family became more enjoyable. We could all sit and eat dinner without him getting up and running around or crying after 10 minutes. Overall, he is just a happier 5 year old. I don’t know what we would have done without the help and support of Brain Balance. The entire team has been a savior to our family. The past 6 months truly took time, commitment and trust, but it was so worth it and so glad we persevered and didn’t give up when things were difficult.” 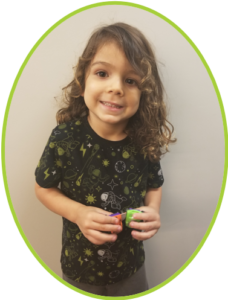 “Aran became more comfortable with himself resulting in less frustrations and more freedom of being the amazing kid he is.”

Before Brain Balance, we were asked to leave 2 preschools, no defined reasons, only that Aran would get distracted easily, he would be really stubborn and shut down when frustrated. At home we would notice that he indeed would shut down and would take a long time for him to snap out of it. If he wanted something, for example, he would have to have it. There was no way to reason with him. He would also have a hard time using his words and expressing his feelings. He also didn’t control his body very well. He never meant bad but his intentions were misunderstood by his classmates most of the time since in their eyes he was coming [on] too strong.

After completing the recommended number of hours at Brain Balance, Aran is now capable of expressing how he is feeling and is able to have a dialog. We are now able to reason with him as well and he can use his words with his friends. He is capable of getting out of his frustration easily. He can share mostly without hesitation or problem. He is definitely more aware of his body. For example, if I say we cannot do something because it’s late or because he didn’t listen, he is capable of understanding why and not throw a tantrum and throw his toys on the floor. He might (not always) cry a bit, but within a reasonable way. And we can get out of the frustration very soon and go do what was asked or jump to something else.

Brain Balance helped Aran become comfortable with himself resulting in less frustrations and more freedom of being the amazing kid he is, and he is starting to be able to see that. As a mom, it helped me be able to do more activities with him without fearing the shut down and tantrums. While also loving the fact that he is no longer singled out at school every other day.

Brain Balance is a commitment but it’s for the best interest of the kids. So don’t doubt and trust the journey. It helps kids obtain the tools they are missing and that we, parents, can’t provide. All the stress, suffer, time is rewarded the moment you see the little changes happen, and these little changes become not so little.”